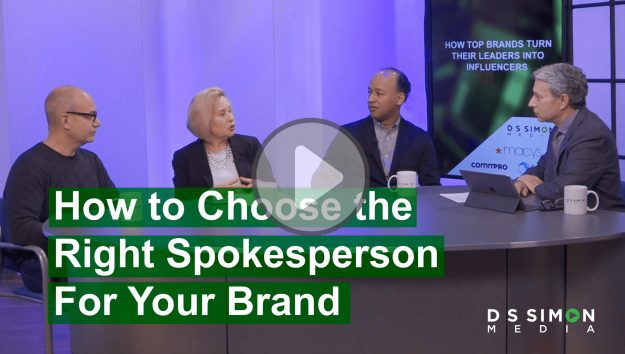 Learn How to Choose the Right Spokesperson For Your Brand

Communication executives from leading brands, like Macy’s and Danone North America, discussed how to effectively use your brand spokespeople and shared tips on how to train internal experts and prepare for interviews.

Learn how to get your story on the news here.

Doug Simon: How do you work with in-house spokespeople in past sometimes when they’re yourself?

Michael Neuwirth: One of the character traits that I look for in a good internal spokesperson is their ego. How important do they express themselves to be.

Doug Simon: So, is a big ego better or worse?

Michael Neuwirth: Big ego is a bad thing because you’re putting the cart before the horse. Yeah and we’ve got it we’ve got to drive home an understanding of why we’re doing this for the broader for the better for the bigger good if you will whether it’s to promote a brand or a company or program. It’s not about the person delivering the message. And so, avoiding that painful pitfall is really a character assessment that’s then. Then I’ll get to a skills assessment. So, I look for humility and someone who’s fundamentally in service to the brand the project the company overall.

Orlando Veras: First of all, we always try to find an internal spokesperson for any area of business that we cover. I think it’s really more important to have that authenticity of someone who does the workday to day but in sometimes with a scale of some of the elements and products that we have. You know that person still has to do their day to day job and so in some cases we have to step in and serve as that spokesperson as well. So, for us we just need to be kind of jack of all trades to be able to know as much as we can about different areas of business so that we’re able to speak intelligently about those problems.

Jeanne Salvatore: I just want to add that frequently subject matter experts build relationships with journalists and those journalists just feel more comfortable interviewing that person they know they’ve worked with them they know what they’re going to get especially with broadcast. So, and we would encourage that those relationships were very important.

Michael Neuwirth: One area I would add is that look in the dark corners for your internals experts the people who are not running to the front of the line raising their hands saying I want to be on camera I want my mom to see this. And you know that’s important because they will likely have the expertise, they are likely coachable as we all are, and their humility can become a huge strength for harnessing in the business.

Doug Simon: With that let’s move on to the preparation section. So, we’re talking about working with our in-house experts. How do you pick the right talent?

Orlando Veras: Yeah it starts, you know you do some interviews you do some internal interviews obviously you find out the kind of the area of business Who owns it and who may be in that realm. And then you just do some quick interviews to kind of get gauge their personality the you know how familiar are with the content. And then once you’ve decided that you know you may have one or two of these folks, we generally do an extensive media training to really go through every scenario possible. You know whether that person is never ever going to be on television because of the area of business that they have is just doesn’t lend itself to broadcast but we. That’s how we train them because like that’s the hardest thing to do.

Jeanne Salvatore: You know somebody who does interviews a lot becomes oh this is easy. And that’s when problems start that’s when you say things that are off key. You become too comfortable with the journalist. So, you know I would always recommend that you have. It’s like you start fresh almost that you prepare for each interview as if you’ve never done one before. 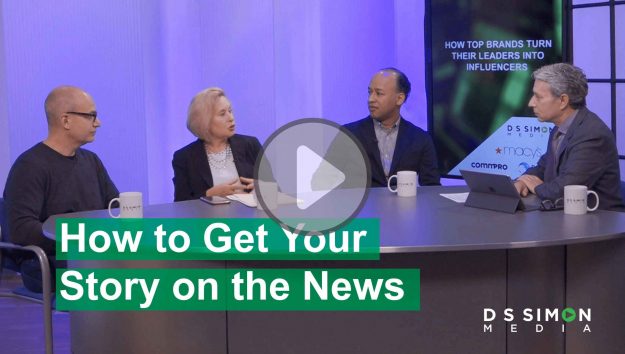