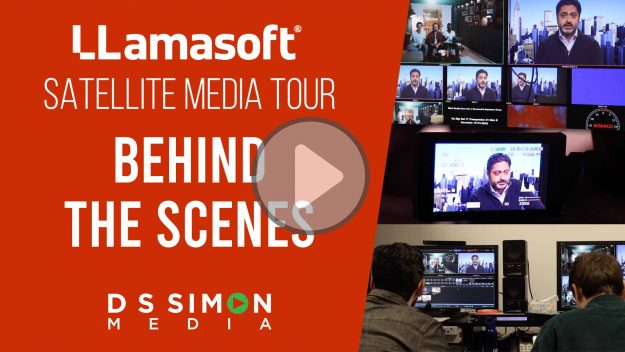 1.3 billion wings, 12 million slices of pizza, 14 billion hamburgers, and 51.7 million cases of beer— how do the right products get delivered to the right places, in the right amounts, in time for all the Big Game parties? AI-powered supply chain technology is playing a leading role says industry leader LLamasoft. LLamasoft works with many of the country’s largest food and beverage manufacturers to predict this year’s hottest snacks and tackle the logistical challenges of making sure the right amount of snacks are in stores before game day.

LLamasoft’s CEO, Razat Gaurav, conducted more than 25 television and radio interviews across the country to discuss how companies are using AI to sense or predict consumer demand for their most beloved snacks and beverages during one of the biggest food consumption days of the year. 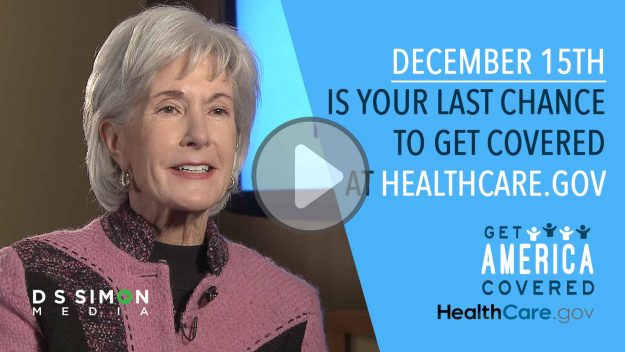 Deadline is December 15th to get health insurance at Healthcare.gov

You probably didn’t know that 2 out of 3 Americans who use Healthcare.gov pay $10 or less for their insurance coverage. Many of the nearly 28 million Americans who are uninsured might not even know about this. That’s why, it was so gratifying to work with Get America Covered on a satellite media tour campaign featuring their CEO, Joshua Peck, and Former US Secretary of Health & Human Services, Kathleen Sebelius. In this video, she shared information about the program and what you need to know to sign up at healthcare.gov. You can find state specific information here. 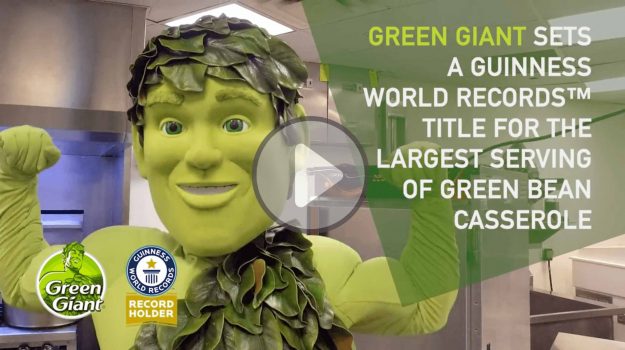 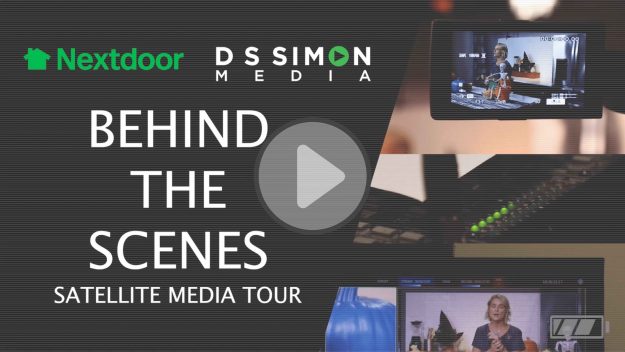 ﻿﻿﻿﻿
Nextdoor, a free private social network for neighborhood community, partnered with D S Simon Media helped Nextdoor promote their annual Halloween Treat Map. Meaghan B. Murphy, Lifestyle Expert, talked about their Halloween Treat Map, introduced its new features, and shared some tips on how to use the Nextdoor app. She conducted 30 radio and television interviews during a Satellite Media Tour in the D S Simon Media studio. According to Nextdoor, right after the media campaign, the Treat Map participation was greater than last year’s. 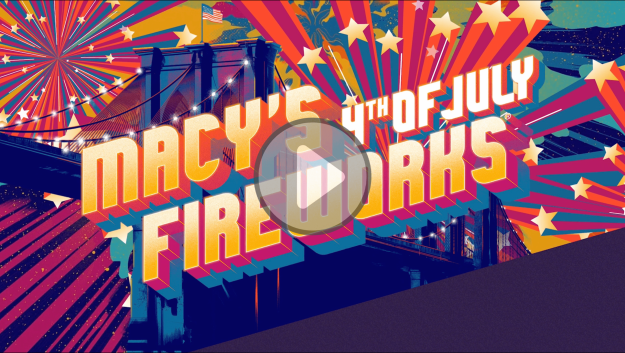 ﻿﻿﻿﻿
It’s the largest fireworks show in the United States and it takes a team of more than 50 pyro-technicians to make it happen. This year’s Macy’s 4th of July Fireworks features 70,000 shells loaded on to four barges and the Brooklyn Bridge. This short video features video of fireworks testing in the desert, loading and preparations on the barges and heart stopping images of the fireworks professionals on the Brooklyn Bridge.

Once again, D S Simon Media celebrates our birthday on July 4th (33 years!). Slightly more importantly, the country celebrates its 243rd. We are honored to work with Macy’s, going behind the scenes to capture video of their preparation for the amazing spectacle of the Macy’s 4th of July Fireworks. Happy July 4th everyone. 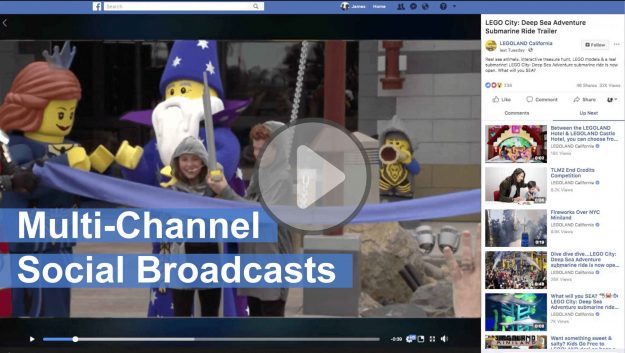 ﻿﻿﻿
The short clip reel features excerpts from live social video broadcast events for Land O’Lakes, LEGOLAND, a Dairy Industry Trade Group and the American Physical Therapy Association. They were all broadcast on multiple social channels through our proprietary Social Media Live® service. This is a versatile way to leverage the power of influencers and their social channels with live video events. 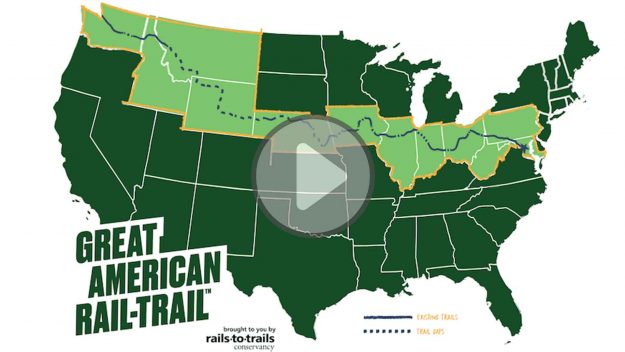 Behind the Scenes: Live Reveal of Great American Rail-Trail

Rails-to-Trails, an organization that develops easily accessible multipurpose public paths created from former railroad corridors, came with a challenge to use live video on social media to celebrate the reveal of the Great American Rail-Trail’s preferred route as part of the anniversary celebration. The event was broadcast live from Washington, DC, Columbus, Ohio, Three Forks, MT and near Mt. Rainer in Washington State.

With new wireless technology, D S Simon Media was able to take in the signals from each location where the control room team created a compelling online experience for their audience. It was part press conference, part public event, with key moments captured from each of the four cities to produce a historic video program where Rails-to-Trails could engage directly with all of their key constituents via the power of social media. 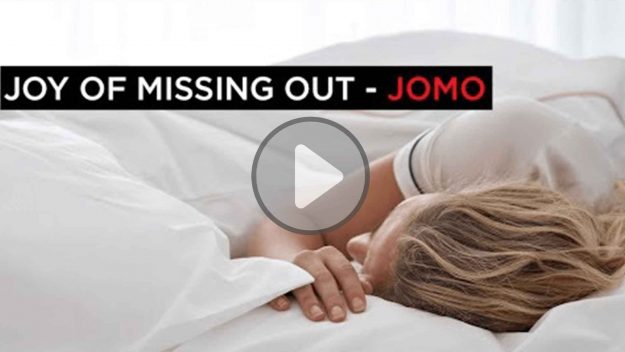 The Joy of Missing Out – JOMO

The “Joy of Missing Out” is all about promoting healthy habits, such as taking breaks from social obligations and work appointments to catch up on sleep, exercise and time with family. Chris Heuisler, The Global Run Concierge for Westin Hotels and Dr. Kristen Knutson from the World Sleep Society partnered on a Satellite Media Tour to explain how their brands support JOMO. 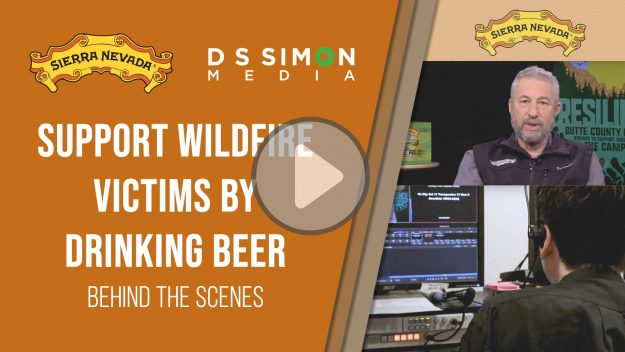 Brewing company Sierra Nevada released “Resilience IPA” to raise funds for victims of the California wildfires. More than 14,000 homes were destroyed by the fire, including those of more than 50 Sierra Nevada employees. To spread word of the campaign, company CEO Ken Grossman participated in a nationwide satellite media tour, completing 27 interviews reaching millions of viewers. Every dollar spent on the new IPA will got to the Sierra Nevada Camp Fire Relief Fund, which benefits Butte County recovery efforts. To find a local brewery with Resilience or to donate, visit Sierra Nevada’s website: https://sierranevada.com/
Disclosure: The media tour was produced by D S Simon Media 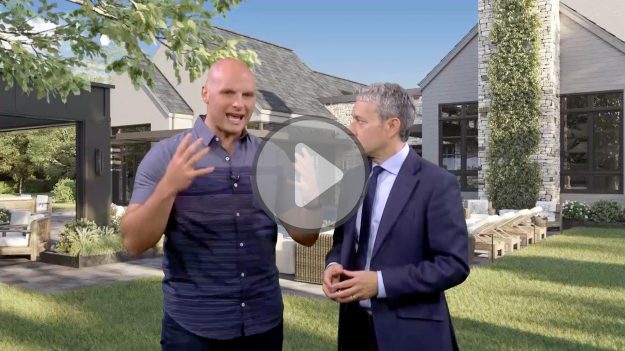 Chip Wade’s Innovation Show Home is a Hit with Broadcasters

﻿
Interactive virtual video is changing how journalists are able to get video for brands. Doug Simon, CEO of D S Simon Media interviews Chip Wade, Emmy Award Winning Host and Designer from inside the virtual Innovation Show Home. They discussed how the Innovation Show Home is helping brands sell products and services while creating content for journalists and social media.