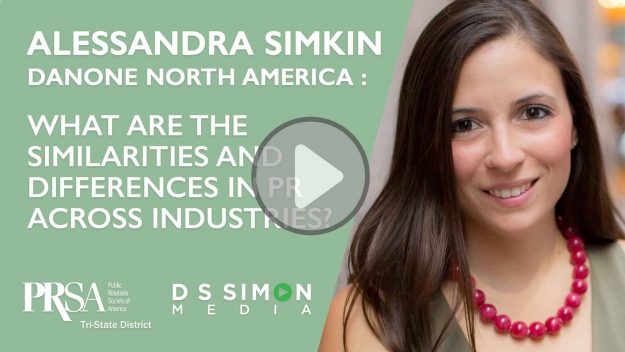 Alessandra Simkin: What are the Similarities and Differences in PR Across Industries? 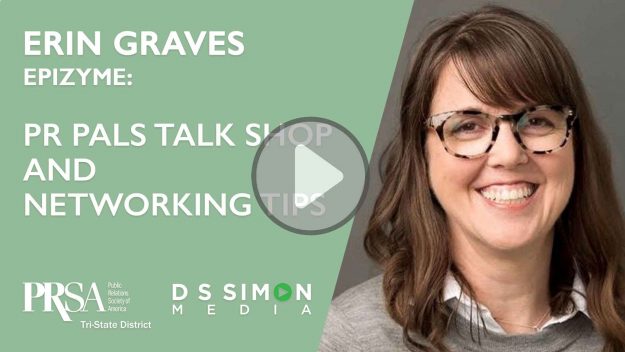 ﻿﻿﻿﻿
Erin Graves, Senior Director of Corporate Affairs at Epizyme, a company focused on creating epigenetic medicines that are targeted at specific causes of cancer and other serious diseases, spoke with Alexa Ambroseo from D S Simon Media, at the PRSA Tri-State Conference. During the PR Pals Talk Shop panel, Graves shared insights on how to be creative and think outside the box in a regulated framework. She also shared some networking tips for young PR professionals. 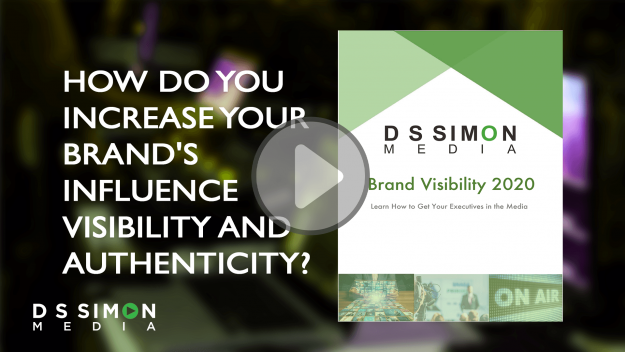 ﻿﻿﻿﻿
366 journalists were surveyed. The findings could make your brand more influential, visible, and authentic. The results are featured in the Brand Visibility 2020 report. Doug Simon, CEO of D S Simon Media, shares highlights including opportunities during the 2020 election year to get your spokespeople on television. Download a free copy of the report here. 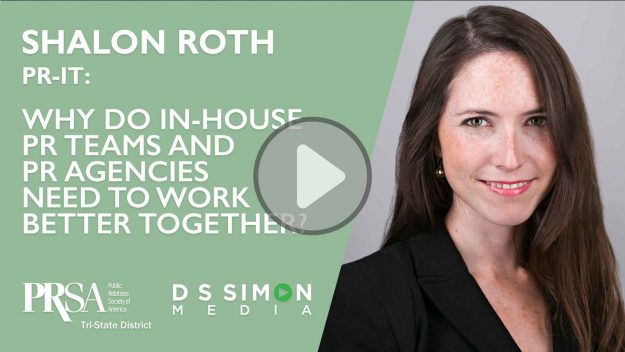 Shalon Roth: Why Do In-House PR Teams and PR Agencies Need to Work Better Together?

﻿﻿﻿﻿
Shalon Roth, Founder of PR-it, a global collective of communications and digital experts, spoke with Raz Abrahamyan from D S Simon Media, at the PRSA Tri-State Conference. Roth was the moderator of the PR Pals Talk Shop: Spinning Shoestrings into PR Gold panel, where she talked about the notion of ‘doing more with less resources.’ She also shared insights on the benefits of having in-house teams and agencies work together. 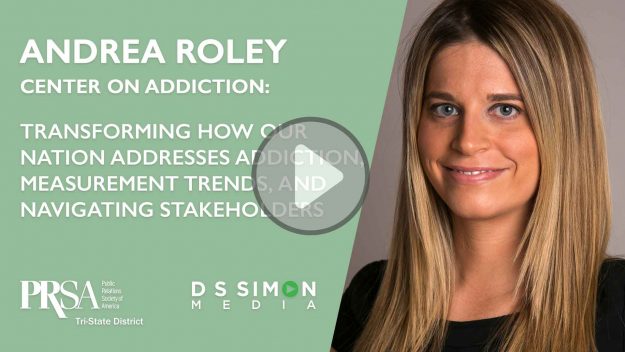 ﻿﻿﻿﻿
Andrea Roley, Interim Director of Marketing and Communications at Center on Addiction, spoke with Alexa Ambroseo from D S Simon Media, at the PRSA Tri-State Conference. As a part of the PR Pals Talk Shop panel, Roley spoke about measurement, navigating in-house challenges, and how the nonprofit organization, Center on Addiction, is transforming how the nation addresses addiction. 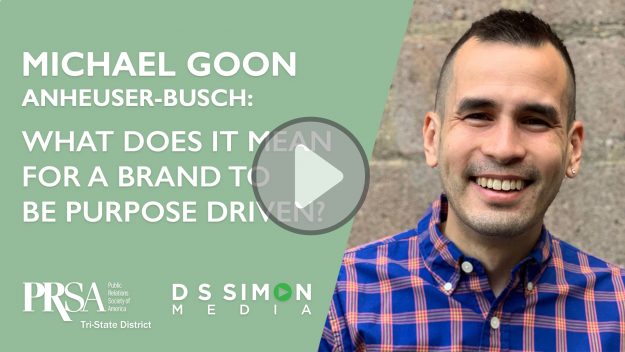 Michael Goon: What Does It Mean for a Brand to Be Purpose Driven?

New York, NY, September 16, 2019 – D S Simon Media has announced a series of promotions to key team members that have been integral to the company’s strong 2019 performance to date

Mike Bako has been named Vice President, Content and Media Strategy. Bako has been part of the team for 7 years, primarily leading the production of local TV interviews for clients through Satellite Media Tours.

I am looking forward to meeting the creative needs of our clients and to lead and grow our team of seasoned media and production veterans,” Bako said, regarding his new position. He added, “What I love about leading the content and media team at D S Simon Media is that we continue to use video in creative ways to achieve brands’ goals.”

On these changes, CEO Doug Simon stated “We are seeing a significant increase in demand for Satellite Media Tours and video production among brands.

This not only recognized the team members making it happen but creates space to bring new people on board.”

Elizabeth Rosenberger has been named Director Client Services, after 3 years with the company. Previously, Rosenberger served as Account Director.

“I’m beyond thrilled to be building a team to expand our work even further in new areas,” Rosenberger shared. “I’m really excited for this grow opportunity during such an important time for the company. We’ve seen a big rise in brands turning to Satellite Media Tours to increase their presence. One area I’ve focused on for the past couple of years is spearheading campaigns in niche growth industries. Mainly, I’ve specialized in producing broadcast results for successful startups.”

Additionally, Michael O’Donnell has been named Senior Producer as he nears the 3-year mark with the company this November.

O’Donnell stated “I’m very excited to be continuing at D S Simon Media in the role of Senior Producer. In my three years here, it has been fascinating to watch the industry evolve and adapt in real time, particularly the increased usage and dependency on broadcast quality video for social media. Our clients demand flawless execution, organization and communication from all of our productions, and I look forward to exceeding that standard moving forward.”

Raz Abrahamyan has joined the company as Sales, Marketing and PR Coordinator. He’s a recent graduate from the masters program at the University of Virginia’s McIntire School of Commerce. He can be reached at raza@dssimonmedia.com.